Explore the ZTF objects with aggregated statistics, access lightcurve, stamps, and classification from our algorithms.

The ALeRCE explorer is the main tool to explore the astronomical objects recovered from the ZTF alert stream. It consists of two main sections: a search section and a results section. The search section is where the users can filter objects by selecting their unique identifier, or by selecting different combinations of classifier, class, class probability, number of detections, and sky coordinates. The results section is where the results of the filtered objects are shown, sorted by classification probability or other variables. If the user click on an individual object she/he will be able to see the General Information and Cross Matches tabs.

In the General Information tab the user will see some basic statistics about the object, will be able to generate a finding chart, to query different catalogs at the position of the object (Ned, Simbad, TNS, PanSTARRS, or SDSS), or to quickly see TNS basic information about the object. The user will also be able to see the object’s light curve, including detections and non-detections, with the capability of plotting the raw difference light curve, a corrected apparent magnitude (which includes the contribution of the reference image), or a folded version of the corrected apparent magnitude using the best fitting period. The light curve information can be downloaded as comma separated values, and every point in the light curve can be hovered over to see more information or clicked on to show its associated image stamp. Reference HiPS images and catalogs around the position of the object are shown using Aladin, with superimposed Ned and Simbad clickable objects.

The science, reference and difference image stamps associated to any point in the light curve are shown in a Stamps section, where the stamps can be explored, seen in full screen, or downloaded as fits files. The classification probabilities are shown in the Early and Late Classifier tabs, where a radar plot is used to show the class probabilities assigned by the different classifiers if available. Additionally, a Cross Matches tab can be selected where the user can see all the crossmatches for catalogs contained in the catsHTM catalog. for a given separation, which can be selected manually with a sliding bar. The ALeRCE explorer is where most of our web development is focused, including new tools as requested by our community of users, but also new sources of data in the future that will allow for the multi–stream exploration of astrophysical objects. 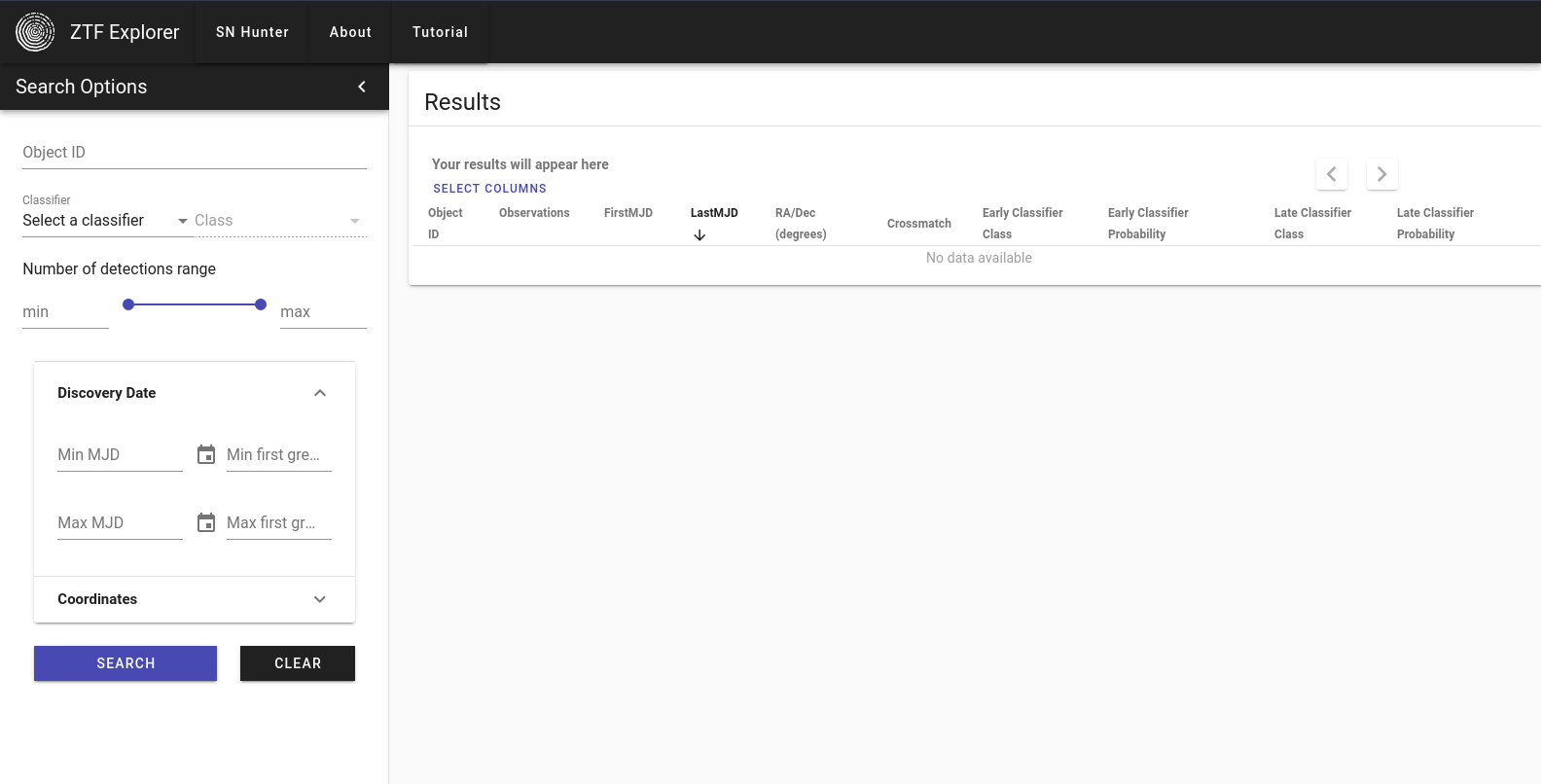