The Supernovae Hunter platform allows users to visualize and explore the best and most recent SN candidates. These candidates are obtained using the convolutional neural network which powers the ALeRCE early classifier and can be seen in the SN Hunter only seconds after being received from ZTF. Users can see the spatial distribution of the candidates in celestial coordinates and in comparison to the Milky Way plane or the ecliptic, as well as a table which shows them sorted by classification probability, discovery date, or number of observations. When clicking over a candidate in the table an Aladin HiPS image at the location of the object is displayed, as well as the science, reference and difference images contained in the AVRO file. The candidates’s unique identifier, coordinates, first observation properties, and the properties of the closest PanSTARRS object are also shown, as well as links to the ALeRCE explorer for the same object, or for NED, TNS and Simbad around the position of the object. Users can also see the full alert information contained in the original Avro file of the alert by clicking in Full Alert Information button. Users can also provide feedback if logged in. If a candidate appears to be bogus, users can label the candidate as bogus to further enhance the training set. Finally, if the candidate appears to be a supernova or extragalactic transient the user can label it as a possible SN to be sent to the ALeRCE reporter tool. The list of possible SNe can then be explored by the team with our reporter tool, which allow users to submit targets to TOMs. 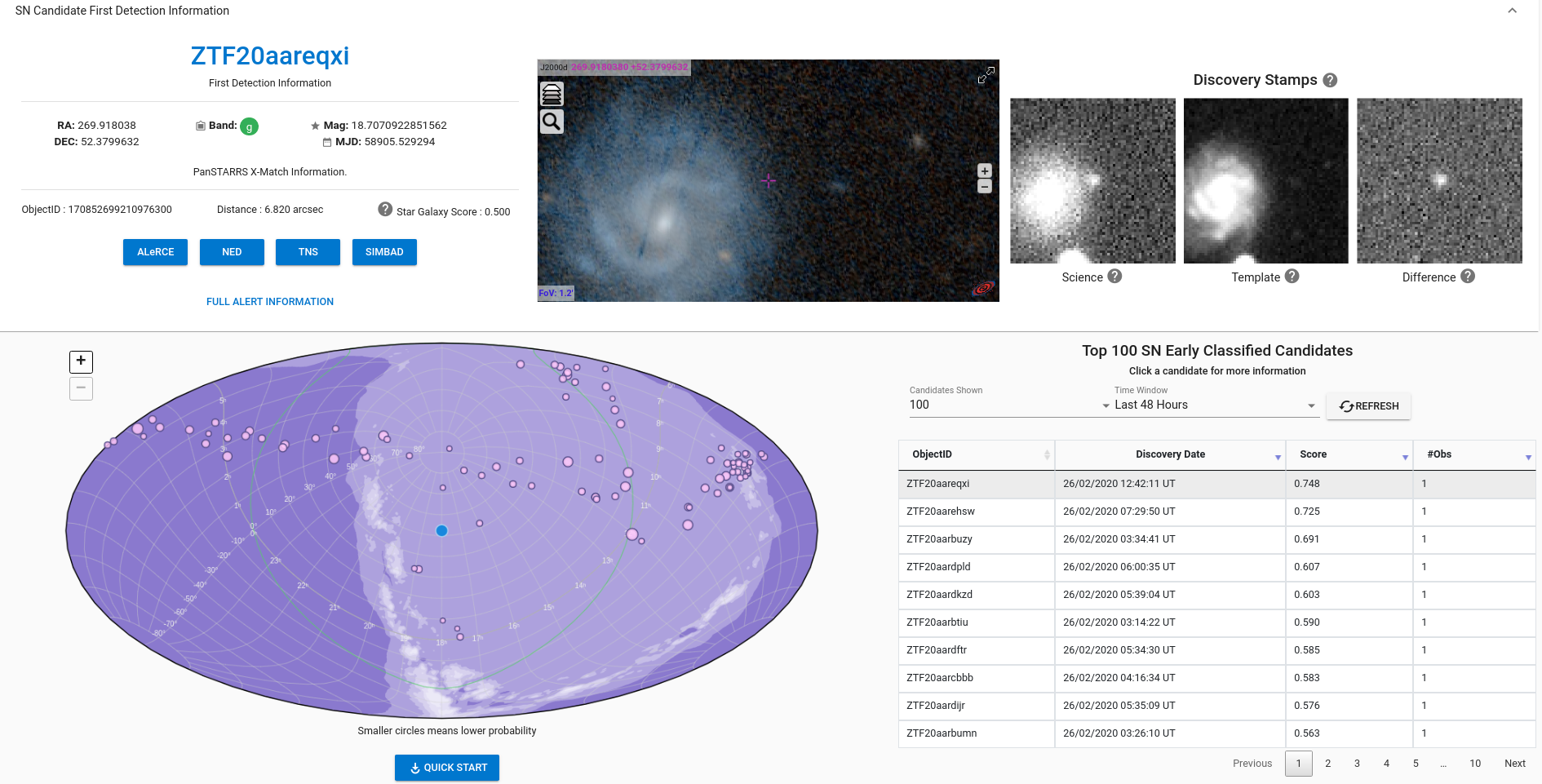